This past Sunday was the live debut of Linked Horizon, Revo’s new tie-up project.

A couple months after the release of Luxendarc Shokikou, Luxendarc Daikikou and the BRAVELY DEFAULT Original Soundtrack, Revo hosted a show at Yokohama Arena in Kanagawa featuring music from the single, the album, and the OST. Along with the band and the singers, the Tokyo City Philharmonic Orchestra (directed by Akira Senju) was also present in stage. 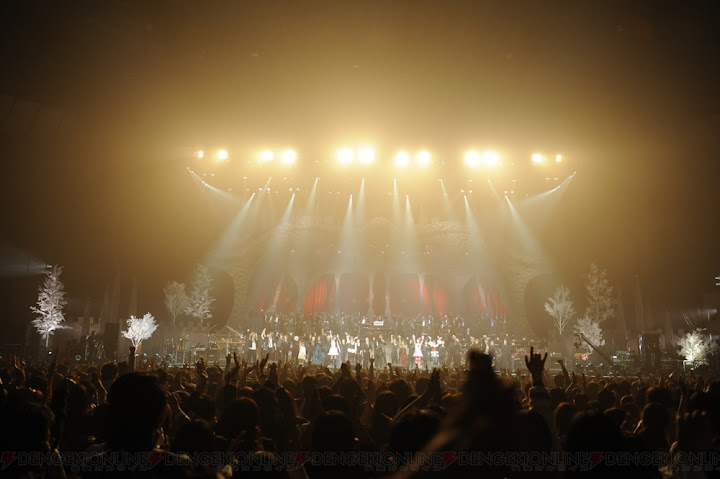 The setlist went as follows:

Reportedly, the audience stayed fairly quiet during the noon show, while all of it was standing up and cheering during the evening show. It spanned over about 2,5 hours of music. Along with the singers and musicians, the child actress that appeared in the PV also went on stage on certain moments of the performance, as well as an actress that portrayed Agnes during one of the orchestral performances.

There will be detailed reports in the forum, so you can check this thread for more information.

As in all big-scale concerts, the performance was recorded (as it is shown in big screens) but there is no information of a hypotetical DVD release.

Previous postPerformance of Luxendarc Daikikou in the charts + Bravely Default Original Soundtrack! Next postLinked Horizon to do the Opening Theme for new anime "Shingeki no Kyojin"