Anime producer George Wada was recently at Animagic 2014, an event held in North Rhine-Westphalia, Germany, participating in a Q&A pannel about hit anime Shingeki no Kyojin (Attack on Titan). 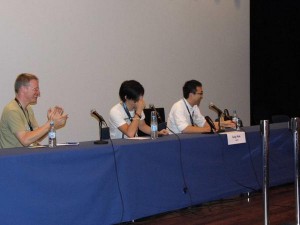 During the event, Wada confirmed that the anime will indeed have a second season (currently in pre-production), and mentioned that “Linked Horizon is greatly interested in playing the Opening Theme for season 2 of Shingeki no Kyojin”.

Linked Horizon played the two Opening Themes for the first season of Shingeki no Kyojin. The huge success of the show led Linked Horizon’s Opening theme single Jiyuu e no Shingeki to be the second best-selling Anime Song single of all time in Japan.