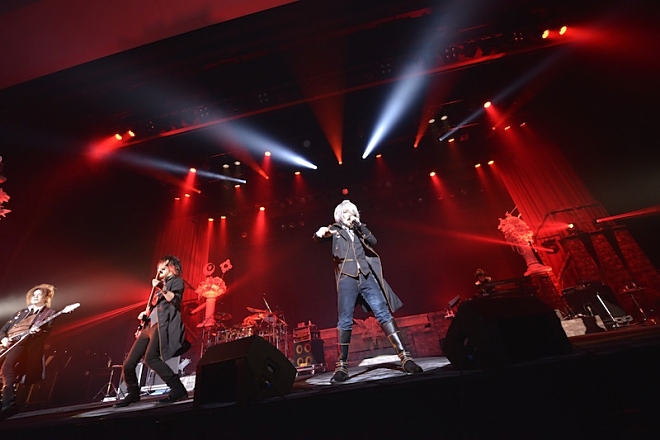 Each show (out of a total of 4) featured an Opening Act by VANISHING STARLIGHT (photos from BARKS.jp), the fictional rock band around which the new single “Vanishing Starlight” is based. Here are the setlists: 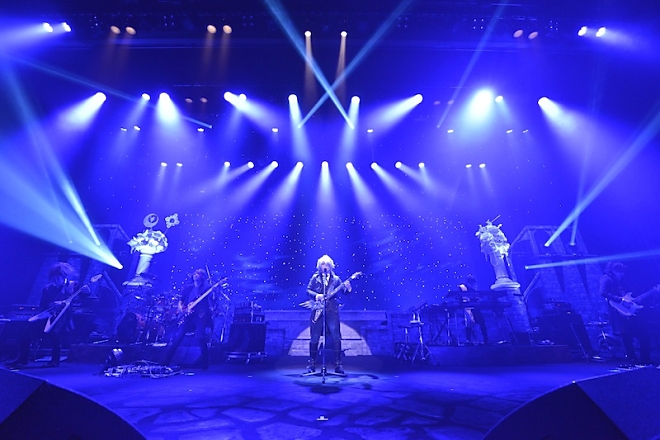 Each show had a different guest. These guests were journalists and music specialists that have interviewed Revo in the past, and have a close relationship with Sound Horizon. Actually, it is thought that the three interviewers who appear in Interview with Noël (Anniversary Maxi Single “Vanishing Starlight”) are in fact the 3 guests who attended the Event.

One of the highlights of the Fan Club Event was the announcement of a new Story CD, which was made right at the end of the day show on the 27th. According to the Sound Horizon 10th Anniversary site, this Story CD could be the 3rd part of the Anniversary Series, and it is not known whether this will be the 8th Story, the 9th Story, or something completely unrelated. It could even be the 10th Story, for what we know! The only hint we get from the official Sound Horizon is this message:

“As the first leaves start to grow, our new journey through the Horizon will begin.”

Vanishing Starlight and 7th Story Märchen to be made into a manga series!

Last Saturday (October 25th), the magazine Shonen Ace announced that the Anniversary Maxi Single “Vanishing Starlight” will be made into a comic. Today, we’ve learned that the 7th Story CD “Märchen”, released in 2010, will also have a comic version in Summer 2015. The manga based on Märchen will be published in a new magazine which is to be launched by Kodansha publishing next year. This is not the first time a Sound Horizon album is made into a comic. In 2006, Shueisha published a comic version of the song Ark from 4th Story CD “Elysion”, and later on made the whole 5th Story CD “Roman” into a manga series, which were eventually released in two comic books. Looks like 2015 will be a busy year for Sound Horizon!

Previous postVanishing Starlight is released today! Next postRevo Superstar: Is this the beginning of a worldwide tour?