9 days for the 9th Story: What do we know about the new album?

After more than 4 years, Sound Horizon is releasing a new Story CD. In preparation for the release of the album on April 22nd, 2015, we have gathered all the information we have to make things easier for you.

The first surprise that came with the announcement of the new album was the fact that Nein won’t be the 8th Story CD. The reason behind this jump from 7 to 9 is unknown, but it had been hinted at least twice in the past.

The tagline of the new Story CD was revealed shortly after the announcement of the album:

A story that begins from a certain antique shop. If it had been this way back then, would something have changed?

Previously to that, a mysterious message appeared on Sound Horizon’s LINE account which looked like a notice from a “certain antique shop” about a new item (a pair of sunglasses) that had been stocked and was limited to 1 unit.

The “antique shop” motif appears again in the title of the Story Concert: Nein – Welcome to the Attic of the Western Antique Shop. This place is likely to be the center point of the new Story.

Before the announcement of the new album, most Laurants associated 9th Story with Marvelous Super Dimension. This “sub-universe”, which started with an April Fools joke back in 2009, links the live-only song “Sunawachi… Hikari wo mo Nigasanu Anokoku no Chou-JuuRyoku” with a hypothetic 9th Story CD set in a futuristic world. 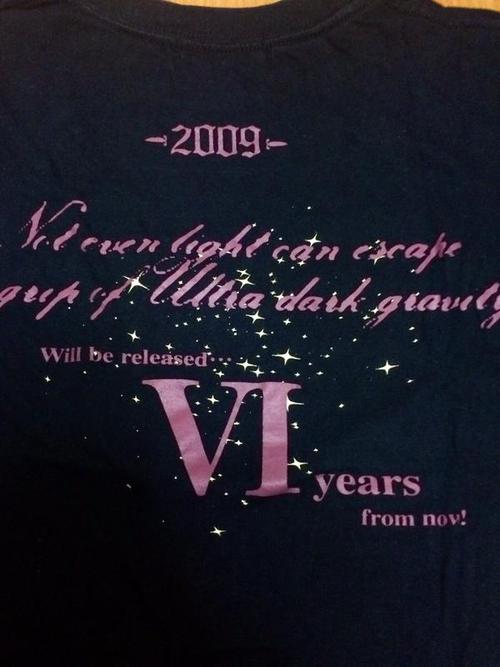 Now, we know that the actual 9th Story CD won’t be completely unrelated to this world. The Deluxe Edition of 9th Story CD Nein will come with an additional Maxi Single titled Marvelous Mini-Universe and will contain studio recordings of three songs from this sub-universe of live-only songs.

The doubt around techno music

Doubts around the style of music in 9th Story CD Nein arose for the first time after the first “key visual”, namely the cover of the Limited Edition, was revealed. The style of the art suggested that the new album would have techno or electronic music in it.

However, this wouldn’t be the first time a Sound Horizon album features electronic music, despite the band’s recent trend to move towards symphonic rock. Songs like Hiiro no Hana and Koibito wo Uchiotoshita Hi from 3rd Story Lost, or the song Reloaded… from Pico Magic Reloaded are some examples of Revo’s attempts at a more electronic musical style. 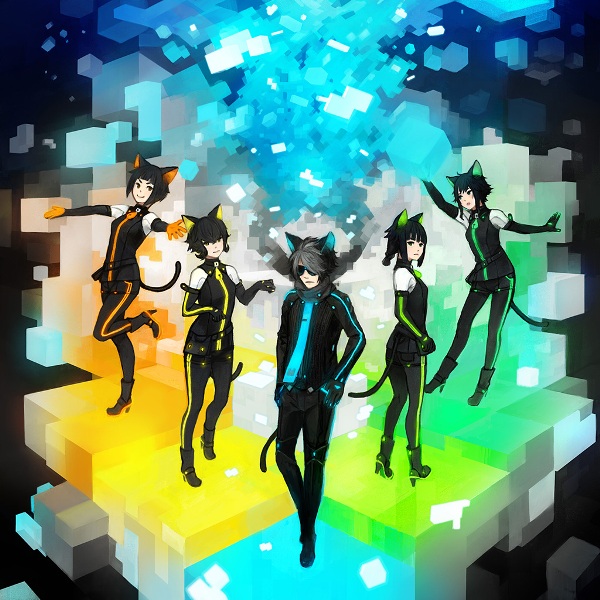 The release of a Teaser Video through Sound Horizon’s LINE account and the radio debut of the lead song Ori no Naka no Hakoniwa confirmed that, at least to some extent, the new album will feature electronic music. However, looking at the cast of singers and musicians, we can’t imagine that the overall style of the album will differ too much from past releases such as Vanishing Starlight or Halloween to Yoru no Monogatari.

A song about charity?

Not much more is known about the new 9th Story CD, and we will need to listen to the actual album to understand what is behind all the different bits of information. 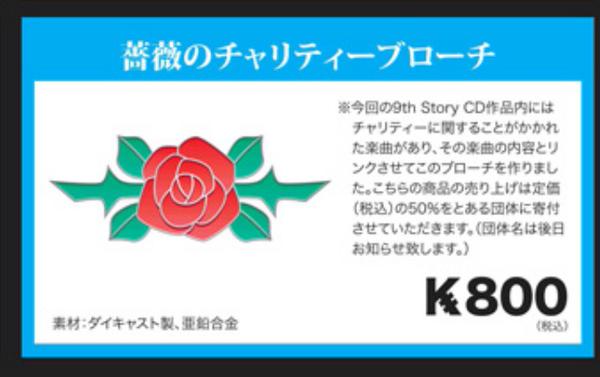 The announcement of the Story Concert Goods, however, came with a little surprise. One of the items on sale came with the following message:

One of the songs in the new 9th Story CD is themed around “charity”, and a brooch inspired in that song has been made for the occasion. From the total sales of this item, a 50% (tax incl.) will be donated to a certain charity (the name of the charity will be announced soon).

Even though the tracklist of the new album is not official yet, a riddle in the 10th Anniversary Site has been gradually revealing what could be Nein‘s song titles. One of the track titles in that riddle is Shokumotsu ga Tsuranaru Sekai, which means “the world where food stands in line”.

9th Story CD “Nein” is the first full length album by Sound Horizon in over 4 years, and will come in three different versions. You can check the full list of singers and musicians involved in the album, and you can also follow the links below if you would like to preorder it on CDJapan.